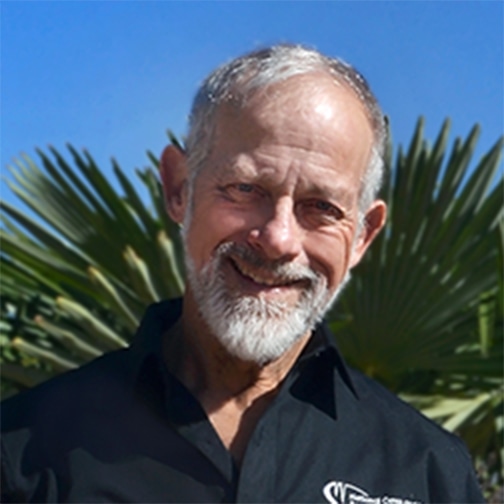 Lewis has been doing hydrogeology in New Mexico since 2002. Most of his work involves big-picture investigations of karstic aquifers, but he sometimes finds his way into caves and sinkholes. His official title is NCKRI’s Karst Hydrologist, but all of his degrees are in geology, from the University of Oklahoma and the University of North Carolina at Chapel Hill. His doctoral research at North Carolina included going for rides in a nuclear submarine while studying submarine sinkholes in the Florida Straits. For the past several years Lewis has been dabbling with electrical resistivity equipment, which he uses to explore caves and sinkholes. That work involves a lot of hard physical labor driving stakes in the ground and connecting them to electrical cable. But the results are exceptional, displaying colorful profiles that show the distribution of electrical resistivity (and caves) in the subsurface. Lewis has been known to occasionally describe himself as a karst geophysicist, as long as there are no real geophysicists in the room to ask him hard questions about his work.

Lewis’s objective in graduate school was to embark on a career in marine geology. He thus finds it amusing to now be working in a landlocked state. But as a geoscientist, one can’t ask for a better place to land than the Land of Enchantment, exploring and mapping regional groundwater systems in southern New Mexico and west Texas. Apart from his work with the National Cave and Karst Institute, Lewis indulges his enthusiasm for the rocks and water of the southwest through camping and kayaking trips in the southern Rockies and Colorado Plateau with his two dogs, Charlie and Poppy.